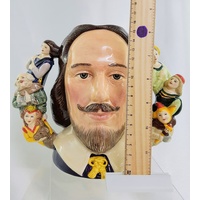 William Shakespeare modelled by William K. Harper, 1992. Released in a limited edition of 2500 - each jug is inscribed with its unique item number. This is number 1145

William Shakespeare was an English writer, poet and playwright. His major works include Midsummer Nights Dream, Romeo and Juliet, and Hamlet. 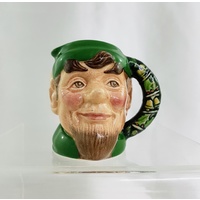